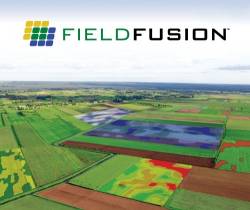 A profitable precision farming program is based on an accurate understanding of the soil. The soil properties with the largest effect on productivity are those determining the amount of water and nutrients the crop will have available. Soil texture – the amount of sand, silt and clay is a major driver, along with soil organic matter and field topography. Soil pH, especially if it is outside the optimal range for the crop, will play a big role in nutrient availability.

To manage crop inputs, soil properties must be mapped precisely. Outdated and broad scaled soil surveys are likely to cause costly errors, especially when varying seed population, nitrogen or water.

Grid sampling, unless done on a quarter acre scale, doesn’t come close to the precision needed or what modern planting and fertilising equipment can achieve. The only affordable and precise option is on-the-go soil sensing.

ACS Farm Image are now able to provide this through the latest technology in field scanning using the UK’s first Veris U3 in field scanner imported from Veris Technologies. 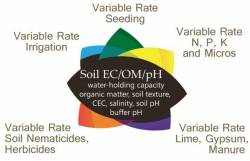 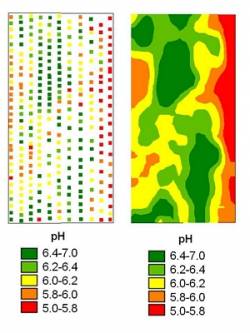 Soil Organic Matter (OM) is a critical soil property. Each % of OM can hold over 94,000 litres of water/ac and mineralise 9-18 kgs/ac of nitrogen. Because it is formed slowly over time, it is an excellent indicator of historic soil productivity.

‘Every 1% difference in organic matter results in over 94,000 litres of available soil water per acre.’ 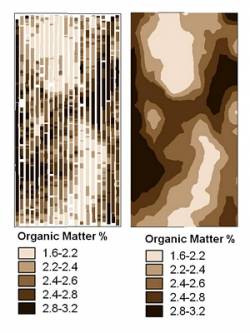 Farm Image’s OM Smart Map can be used in many ways including the following:

‘Each 1% of organic matter mineralizes 20-40 lbs of N/ac. Crediting soil organic matter for nitrogen can lead to added profit of $18.75/ac’
University of Nebraska 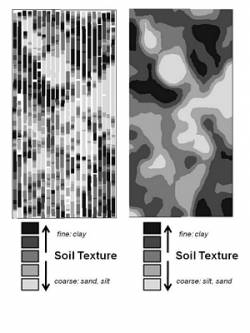 Topography is one of the most visible field properties and should be included with soil data in many variable rate applications, especially those involving water and nitrogen.

‘Topographical data in combination with soil information are useful for explaining yield variability on an agricultural field scale’
Plant, Soil and Environment 2008 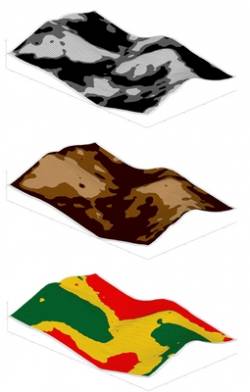 The Farm Image Smart Scanner shows its full worth in its ability to offer specific fusion maps for the following purposes:

PrecisionSampling- fusing Soil EC, OM and Topography into appropriately sized zones for soil sampling. The algorithm examines the variability found in soil EC, OM, as well as field slope and curvature in order to generate zones that capture the most significant soil variations. The resulting zones contain unique yield environments And are ideal for nutrient management such a P and K. Smart Precision Sampling Map

PrecisionSeed- T- fusing CEC, OM and topography into appropriately-sized zones for variable seeding. For example, depressional areas with heavy clay soil could receive higher seed rates in anticipation of emergence issues. Or eroded side slopes where top soil is thin could receive and even lower seed population than where that soil type lies on flatter ground. Smart Precision Seed T Map

PrecisionpH-IDC- fusing soil pH, EC, OM and topography into risk zones for iron deficiency chlorosis (IDC). IDC can cause significant yield loss in high pH, heavy clay soils in depressional areas due to lack of plant available iron. Applications of chelated iron can prevent this yield-robbing condition but can waste money when applied to areas of non IDC risk. The algorithm identifies the areas most susceptible to IDC and ranks them for levels of IDC risk. Smart PrecisionpH-IDC Map

A single blanket rate applies inputs where they are not needed. For each of the variable management strategies outlined, variable rate lime, seed and nitrogen, there is money to be saved by applying inputs at the correct rate and in the right place. Lime won’t pay when soils are already above 6.5 pH. Overpopulating lower productivity soils wastes expensive seed. Blanket applying high nitrogen rates to higher OM soils, is not only a waste of money, but may also cause significant environmental harm.

In addition to the savings potential, applying the correct amount of lime and challenging more productive soils with higher populations will likely lead to improved yields.